Home » A Different Operational Scenario, Some Of The Same Old Problems: 2020 In Review 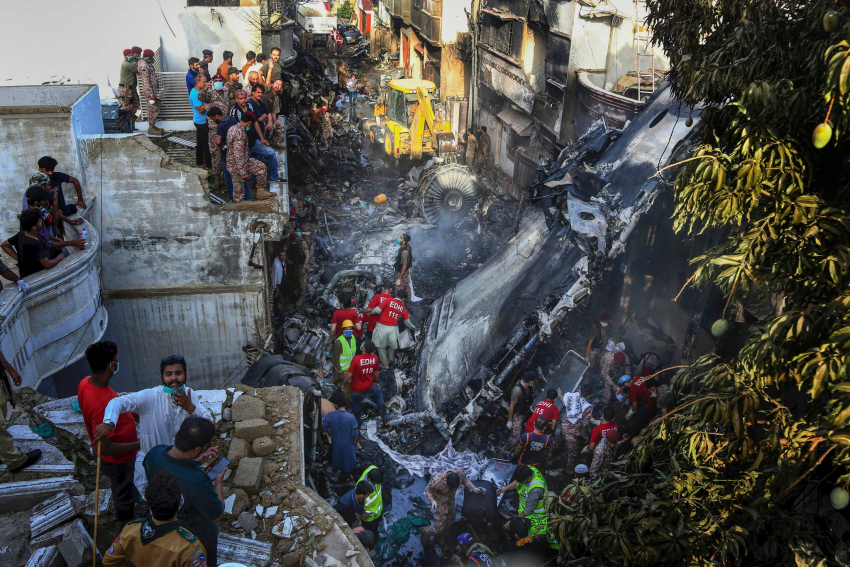 No review of aviation in 2020 can ignore the enormous impact that the COVID-19 crisis has had on the airline industry. As ever, To70’s civil aviation safety review examines accidents only to large passenger aircraft used by most travellers. (See our criteria in the Note below.) We include all contributory factors , whether related to technical performance, human performance and environmental conditions. We also include unlawful interference events, for example, the shooting down of a Ukrainian airliner in January, something that is excluded from other statistical summaries.

At the end of 2020 the Boeing 737 MAX started its re-entry into service. After its long grounding and intense scrutiny over its flyability, it is now one of the most thoroughly tested aeroplanes in service. Whether or not that is enough to restore passenger confidence in the type remains to be seen. Issues surrounding the organisational culture at the FAA and Boeing and, in general, the system of delegating parts of the approval process to manufacturers are both still being actively discussed.

Whilst the accident rate for 2020 remains low, the circumstances around a number of the accidents is cause for concern.

Three of the five fatal accidents in 2020 and several of the non-fatal ones relate to aeroplanes that left the paved surface of the runway; runway excursions. Following the trend of other runway excursions these events have been contributed to by events leading up to the final approach and landing. The Turkish accident in February and the Indian one in August both occurred in heavy rain. The latter also, reportedly, landed with a strong tailwind. The accident in Pakistan in May followed an initial hard landing and go-around that appears to have damaged the engines, resulting in the undershoot on the subsequent approach. Flight performance calculations made prior to the approach and the timely use of the go-around manoeuvre remain key factors in accidents and more must be done to understand the role of the human and the technology in these situations as the truism that “no-one gets out of bed thinking that they are going to have an accident today”. Stable approaches remain a key success factor in successful landings and require all Airline, ANSP and Airport stakeholders to collaborate in what is a crucial phase of flight and more must be don’t to ensure this is effective. The last of the four fatal accidents is one that will be excluded from official statistics as it was ‘unlawful interference’; the shooting down of a Ukrainian airliner above Tehran in January.

The fatal accident rate for large aeroplane in commercial air transport is 0.27 fatal accidents per million flights. That is a rate of one fatal accident every 3.7 million flights. This years’ fatal accident rate is similar to the average of the last ten years.We know that traffic levels does not have a correlation to the number of accidents. 2020 has seen a significant decrease in traffic but the impact on human performance, including the wellbeing of our operational staff, has been significant and skill fade is recognised as a critical issue for our industry as we return to normal operations. 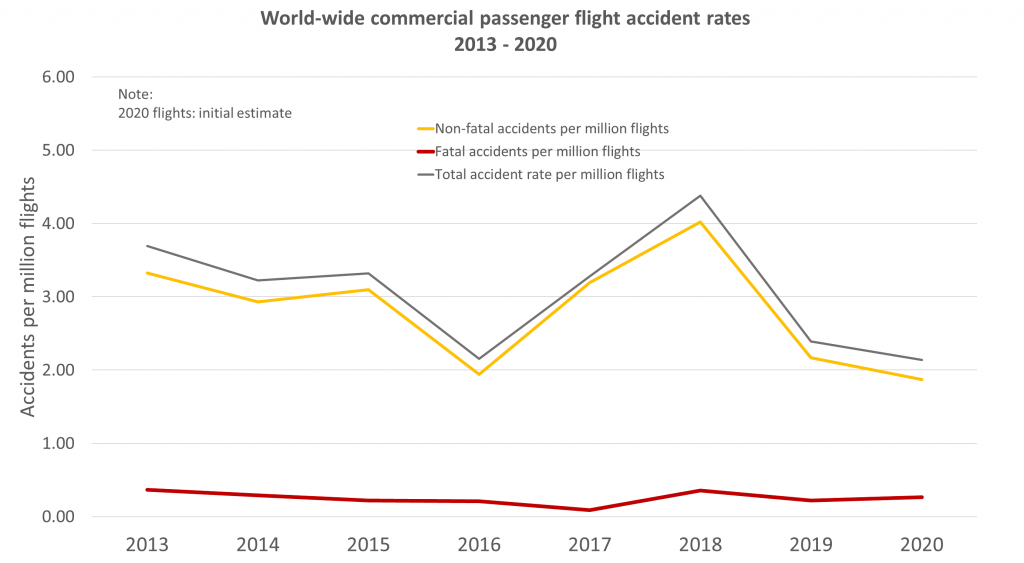 The fatal accidents to large passenger aircraft in 2020 were:

Whilst the aviation industry looks to recover in 2021 and beyond, significant efforts are being placed on assuring that the low-level of operations these past months do not adversely affect safety in the future. The training of all operational staff and the need to ensure that we provide appropriate skill refreshers continually through the return to normal operations, noting a possible yo-yo effect in traffic levels, is a priority. The return to service of large numbers of aeroplanes that have been ‘parked’ during the pandemic is also a topic that will require attention. Also, at airports, work to address the maintenance of airport surfaces that have been used as aeroplane parking spaces must be carried out appropriately. 2021 will be a challenging year for the industry we must not become complacent as travel restrictions ease and traffic levels increase, although we don’t expect a return to 2019 levels in some regions until 2024 or beyond. The aviation industry needs to intensify its focus on the ensuing that the fundamentals of safe flight are properly addressed.

To70 uses official figures reported by States to the UN’s aviation agency, ICAO, to determine the number of civil aviation flights that have taken place in any given year. The actual figures, published by the air transport organization, IATA, are used to estimate the current year’s figures. We update our database each year when the actual flight numbers data for the previous year becomes available. This year, there is a little uncertainty in the flight data due to the disrupted nature of the year’s operations and the way that passenger flights were used to carry cargo and no passengers.

One thought on “A Different Operational Scenario, Some Of The Same Old Problems: 2020 In Review”