Home » Aviation Organizations are stepping up: ATAG, IATA and ACI agree to Net Zero Carbon by 2050 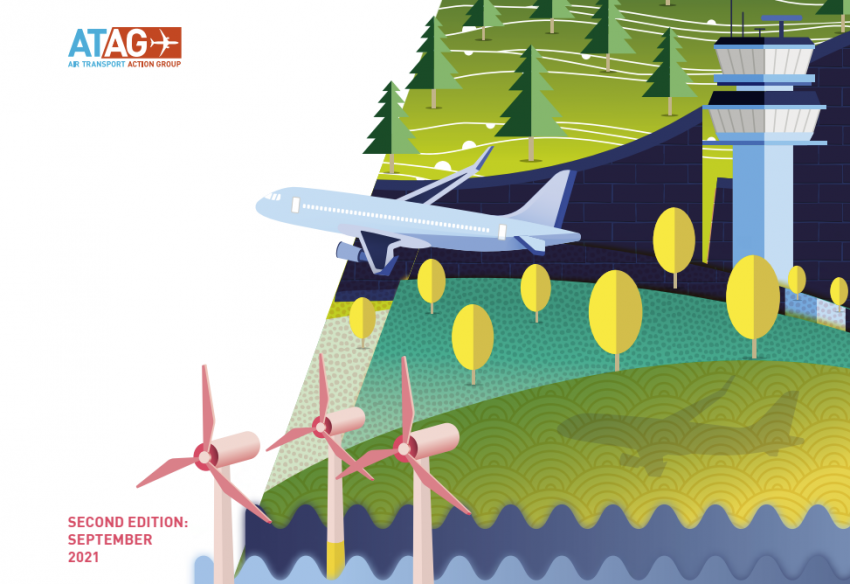 Just 6 years ago it seemed as if the aviation sector had wrestled its way out of the Paris agreement, without having to adhere to any future goals. However, the sector has now realigned itself and set a strong target to stay below the worldwide goal of max 1,5 degree warming. In a declaration released on Oct. 5th, the Air Transport Action Group (ATAG) together with ACI, IATA and many industry heavyweights aim to make global civil aviation net zero carbon by 2050. They outline 4 key elements through which they plan to achieve decarbonization, thereby also putting pressure on ICAO to join them in their climate goal.

ATAG is the global organization that forms a strategic perspective on commercial aviation’s sustainable development on behalf of the aviation sector. It recently published a revised and updated Waypoint 2050 Report on sustainable aviation development, and has now connected with IATA and ACI to published a shared statement. IATA, the International Air Transport Association is holding their annual general meeting this week during which they released their own 2050 net zero carbon goal. Director General Willie Walsh explained: “The world’s airlines have taken a momentous decision to ensure that flying is sustainable. With the collective efforts of the entire value chain and supportive government policies, aviation will achieve net zero emissions by 2050.” The second key partner, ACI, the Airports Council International released a statement in June of this year to achieve net zero carbon aviation by 2050. In it, ACI World Director General Luis Felipe de Oliveira states: “The climate crisis requires bold action at the local, regional and global level and the goal we have set for airport members will help to drive action and identify common challenges and opportunities that can be tackled together.”

Net zero carbon
It is important also to define what is understood by “net zero carbon”. This term means that the net amount of carbon released and taken out of the atmosphere by the sector must be zero. Therefore the sector can still emit CO2, but it must compensate or sequester (extract) all the CO2 that it emits.

So how does the aviation sector hope to achieve this? The shared statement outlines four key elements, which are elaborated upon in the Waypoint 2050 report. The first key element is increasing the use of sustainable aviation fuels, which is expected to account for between 53% and 71% of emissions reduction contribution by 2050 depending on the forecasted scenario. The second element is developing and deploying radical new propulsion technologies such as electric and hydrogen aircraft, which would account for between 12% and 34% of aviation abatement depending on the forecasted scenario, but which still require much research. The third element is the continuation of improvements in aircraft, infrastructure and operations efficiencies. Finally, the fourth key element regards the investment in high-quality offsetting and carbon removal opportunities, also referred to as market-based measures. Together, these elements provide the pathways to reaching net zero carbon, as can be seen below.

This collaborative statement to achieve net zero carbon by 2050 has widespread implications. The first is that ICAO, the UN aviation organization that represents 193 different governments regarding aviation, will be strongly pushed to commit to the 2050 net zero goal as well during their general assembly in 2022. Once they have joined, the entire sector will be on board. Secondly, the shared goal builds trust between all stakeholders which will allow them to invest heavily in sustainability, knowing that their partners but also their competitors will be doing the same. Finally, the goal legitimizes the aspirations and actions of the sector, which will increase the willingness of governments and intergovernmental institutions to invest in sustainability within aviation. ATAG, ACI and IATA all state that strong government support is imperative for the 2050 goal to be reached.

Taken together, these developments look promising for the future of aviation. However, the promised action has yet to be taken. The next step is to achieve the key actions and to realize the expected positive scenarios. It will require enormous financial investment from across the sector as well as from governments and institutions. It will require close collaboration between all stakeholders involved, from airlines, to OEMS, to airports. And lastly, it will require a relentless amount of work and passion in the coming 30 years from everyone in the sector that wants a positive future for aviation.

The official press releases can be found here: 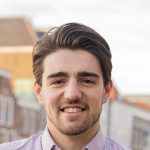 Vincent de Haes recently started at To70 as a junior sustainable aviation consultant. He is intrinsically motivated to develop a more sustainable aviation sector and works on projects ranging from airport sustainability accreditation to research on hydrogen and electric aviation technologies. Within To70, he is also working to develop a more coherent sustainability strategy so that To70 can continue to apply its expertise and knowledge and have a positive affect on society.

One thought on “Aviation Organizations are stepping up: ATAG, IATA and ACI agree to Net Zero Carbon by 2050”