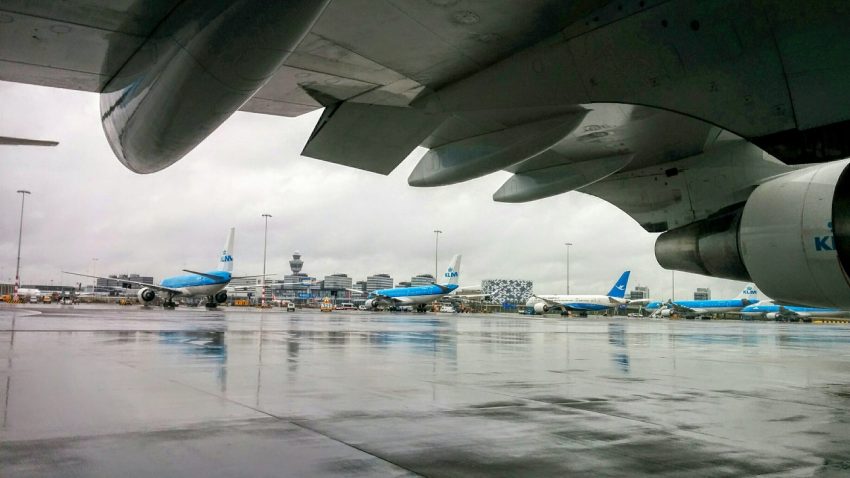 273 days after the general elections (a national record), a new coalition government is ready to go to work. While politicians were performing their ritual dances to come to a coalition, the outside world continued to turn. Known challenges have transformed into pressing issues and new policy questions are rising, which require policy decisions on almost all areas of government, with aviation being no exception to this trend. This blog will highlight some of the main policy points presented in the coalition agreement and some of the large challenges which require a flying start from the new government.

While coalition talks were ongoing, policymaking on most areas remained at a standstill due to the government’s position as a caretaker government. At the same time, there is a multitude of challenges in the aviation domain (and related other domains) that require policymaking. These challenges include longer known issues such as the impact of aviation on the climate and its impact on local communities around airports. These challenges also fuel discussions around the future of multiple Dutch airports. This is also why the Lelystad Airport terminal is still wrapped in plastic, waiting for a political decision on its future.

Over the past month, new challenges emerged. Recently the government received multiple warnings about Schiphol, related to nitrogen and to aircraft noise. According to legal advisors, a lot needs to be done before Schiphol receives a valid nature permit for the precipitation of nitrogen. Serious interventions (such as lowering the maximum speed on the highways around the airport and closing nitrogen emitting companies in the area) are needed to ensure that Schiphol can continue to operate. Without suchs measures, Schiphol might be granted a permit for 400,000 annual flights, a 20 per cent decrease to the current maximum of 500,000 annual flights. At roughly the same time, the Human Environment and Transport Inspectorate warned the government that the maximum number of flights might drop from 500,000 to 420,000 due to a continuous delay in implementation of the new airport decree. The impact of both issues on the number of current flights at Schiphol is limited due to the fallback in flights caused by COVID-19. However, in the long run, the impact on Schiphol’s recovery to the pre-covid number of flights can be significant.

Several plans announced in the coalition agreement were previously announced in the aviation white paper (Luchtvaartnota) for 2030-2050. Seeing these plans make a comeback in the coalition agreement makes sense since the new coalition consists of the same parties as the old coalition. These longer known plans include the development and production of synthetic fuels, mandatory blending of sustainable aviation fuels, a CO2-emissions ceiling and stimulating rail over air for short-distance trips.

Since aviation is an international sector, the new coalition also aims at supporting initiatives at a European level. These are also known plans, such as the proposal of the European Commission to impose taxes on kerosine and the ‘Fit For 55’ policy agenda. Furthermore, in terms of “new” plans, an increase in the existing ticket tax is proposed. The revenues created with this increase in ticket tax will be partially used to make aviation more sustainable and decrease the impact of aviation on local communities.

A final verdict on Lelystad

The coalition agreement emphasizes that, due to Schiphol and its function as a hub, the Netherlands is well connected to the rest of the world and an interesting location for international companies to do business. On the other hand, the coalition acknowledges the challenges around multiple airports with regards to nitrogen, ultra-fine particles, noise, quality of life, safety and housing. The coalition agreement states that these challenges require an integral solution, with a decision to be made in 2022 regarding Schiphol and Lelystad.

Most people anticipated a final decision to be made on Lelystad in the coalition negotiations. From the outside, the opinions were simple: 2 parties against, 2 parties relatively in favor. Lelystad would be a card on the table, being debated and traded against other key points of specific parties. The solution spectrum is however very complex. Decision making on Lelystad airport cannot be seen independently from decision making on Schiphol.

The complexity not only lies in the interdependencies between Lelystad Airport and Schiphol. There are interdependencies with other domains on almost all issues. A report last year about the nitrogen problem in the Netherlands was called: “not everything is possible”. A solution to the nitrogen issues can probably not be found in the aviation sector alone, making it an issue with a lot of interdependencies. Another prominent interdependency is the relation between aviation (mainly Schiphol) and the realization of housing. The Netherlands has a large housing shortage, and the coalition aims at building 100,000 houses per year. For the past 15 years, however, there have been building restrictions in large areas around Schiphol to prevent housing in areas with a certain noise impact. With the building task ahead, do we allow people to live closer to Schiphol to make housing more accessible?

The word ‘Aviation’ is mentioned 6 times in the coalition agreement, roughly half a page in a 50-page document. After a year of waiting, debating and political drama, the result currently on paper might disappoint. The coalition agreement could have been clearer on the viewpoints on aviation of the soon to be new government. However, the complex challenges and questions on the table require new ministers to define more in-depth policy. With such complexity, it may have been a wise decision not to make these decisions at the high level of coalition negotiations.

The coalition agreement could have been clearer on the viewpoints on aviation of the soon to be new government.

After finishing his master’s degree in Transport, Infrastructure and Logistics at Delft University of Technology with an internship at To70, Mark joined To70 in 2018. As an aviation consultant with a broad background and a passion for aviation, Mark works on a variety of projects related to environmental impact, efficiency, stakeholder management and policy for the Dutch government, (inter)national airports and other stakeholders.