[blockquote text=”Whilst civil aviation remains an industry with a very high level of safety it does, at the same time, carry large risks.” text_color=”#004361″ show_quote_icon=”yes”][vc_separator type=’transparent’ position=’center’ color=” thickness=’5′ up=” down=”] 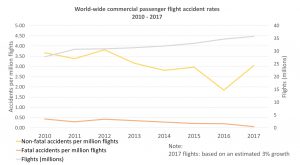