Home » Mostly unknown, but not to be feared: the airside waste management process 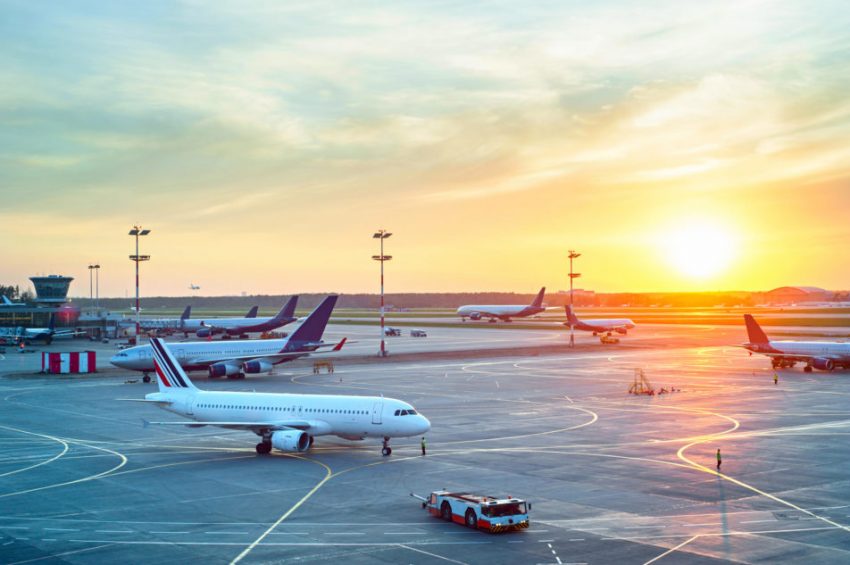 What comes to mind when picturing the airside components of airports? Almost always, we settle for wide-angle panoramas of aircraft at gates, queues at runways when we want to make a statement on congestion, or shiny terminal buildings against a dramatical sunset backdrop. Dustbins don’t appear to be part of this world. Aprons look immaculately clean and uncluttered. As a matter of fact, few are aware of the processes that airports put in place to make sure their infrastructure remains that way. In this blog, we take a closer look at the ‘hidden’ process that deals with the proportion of waste produced by the airside at airports.

How big is the challenge?

In a comparative analysis which we conducted in 2019, we were able to establish that a medium to large sized international airport in Europe generates on average 5000 to 6000 tons of residual waste per year from running airside operations, excluding de-icing run-off (in cases where this gets collected by the airport).

What could possibly lead to these high volumes? At first sight, airside activities may look relatively waste-free and preventing foreign object debris (FOD) may seem to be the only, yet crucial challenge to focus on, but think of the various sub-processes evolving on the apron to turn aircraft, often executed by different stakeholders: loading, catering, cleaning, fueling, …

These sub-processes generate all kinds of common and more exotic domestic refuse, often mixed with combustibles and hazardous material, mixed waste offloaded from aircraft cabins and galleys after arrival, including tons of unread newspapers and perishables, abandoned packaging material in cargo holds and from cargo carts and pallets that are offloaded or dismantled on-stand for bulk loading, empty oil or hydraulics canisters from aircraft line maintenance, …

Of course, waste also is produced – unfortunately still in big quantities – in the airside passenger and cargo terminal areas. Think of what passengers are disposing of in dustbins, duty free shops after unboxing their merchandise, restaurants with packaging and left-over food at the end of the day, … On almost all airports however, this constitutes a separate waste removal stream that has no influence on the airside apron activities.

A non-critical, yet crucial operation

The airside waste retrieval and evacuation operation is a supporting process that obviously has to run simultaneously with the more critical phases in the aircraft turnaround process. Especially if you want to ensure that waste doesn’t start piling up on the apron and prevent it from effectively becoming a FOD issue, or that it doesn’t obstruct operations.

There are three main components which shape the way airports are organizing themselves to evacuate these waste volumes from their aprons:

In preparation of the abovementioned study, we assumed that the airports in the Nordic countries would be waste sorting champions, but surprisingly big volumes of mixed residual waste – after extraction of hazardous refuse – were sent to incinerators. This greatly simplifies the waste evacuation operation and reduces cost in Scandinavia, as waste is incinerated for central heating purposes.

Airside waste treatment at Western European airports tends to be subjected to far more government directives and incentives for waste sorting before disposal. This makes for a number of challenges, as this either requires a method to pre-sort refuse in airside collection facilities, before it gets removed from the apron altogether, or the design of a well-thought-out procedure to collect all waste from individual locations and remove it from the airport before it is sorted.

To centralise, or rather decentralise?

When airports decide on an airside pre-sorting concept, whereby the stakeholders of the turnaround process are made responsible to dispose of their waste at the appropriate place, the bottleneck is most often the location of a sorting facility. For safety and manoeuvring reasons, and in an attempt to keep the driving distances between the waste recipients as short as possible, an area of at least 600-750msq should be considered, preferably at a central area of the airport to ensure acceptable travelling distances. This is almost always an area where core processes will have absolute priority over waste disposal.

On the other hand, if an airport opts for a decentralised approach, the impact on airside safety is considerably higher, as this concept will generate a lot of secondary traffic with bulky vehicles on aprons and service drives to transport waste off the airport. The bottleneck here is often the airside-to-landside transit, which carries an additional security risk.

ICAO defines the hierarchy of waste management as: Avoidance, Reduction, Recycling, Waste to energy, Disposal. In the airside environment, avoidance is challenging as waste reduction is subject to, for example, mandatory maintenance requirements. Nevertheless, the reuse of materials is a step that one may consider to be avoidance as the term refers to measures that are implemented before a substance becomes waste. There are numerous examples of airports reusing their waste such as donating unused meals to food donation programs, recycling plastic from cargo facilities, and creating fabric products from grass cutting…

In addition, airside waste management is an overhead cost for the airport, but it can be dealt with in a smart way. While waste sorting in general entails higher costs for the airport operator, it allows for a sensible introduction of the ‘Polluter Pays Principle’ (PPP). This is a fair and proportional concept to only charge those stakeholders that consume waste removal and processing resources. This helps to bear the cost of the process and , more importantly, is an excellent driver to reduce the generation of waste through prevention.

Although this does require a one-off investment in tracking and weighing equipment, we came across some very interesting Internet-of-Things (IoT) applications to deal with the registration and billing aspect of PPP.

How is your airside waste process organised?

Do you consider it sufficiently aligned with your objectives in terms of airside safety, and is it future proof with regards to the ever more stringent environmental laws of your government? And what is your strategy to prevent the production of waste? At To70, we combine our expertise in airport operations and sustainable aviation to help you identify areas of improvement in this back end, yet important airport process. We are looking forward to your thoughts below, or simply get in touch with us for more information.

Kris De Bolle is a Senior Aviation Consultant for To70 and has a 25+ year career in airport operations, from which he gained a profound knowledge of the aircraft turnaround process. He is a subject matter expert on Airport CDM, focusing on the key aspects of operational implementation and stakeholder engagement. Kris co-implemented A-CDM at Brussels Airport in 2010 and was responsible for cross-stakeholder governance of the up-and-running A-CDM program at BRU for 6 years.