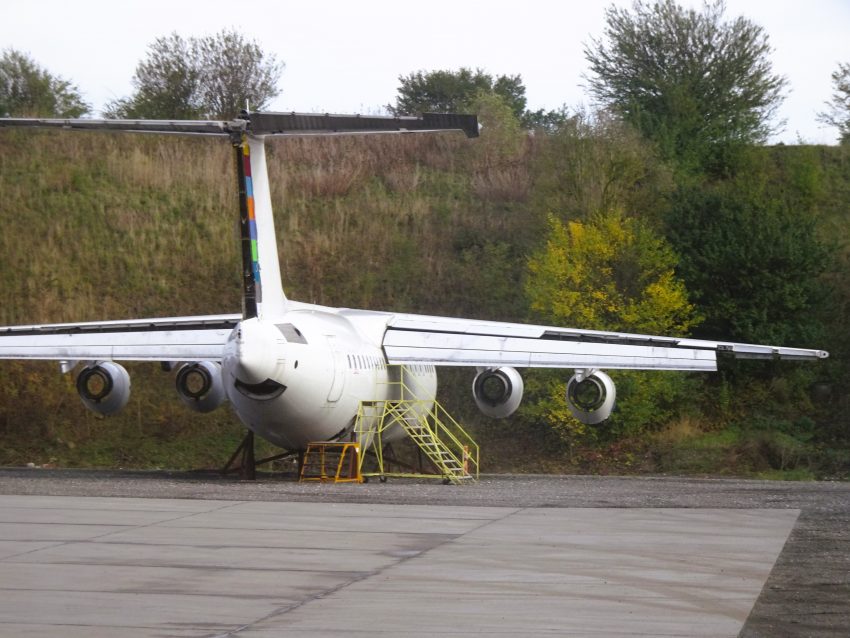 The post-COVID recovery that everyone expected came in 2022. Whilst it was a difficult summer with capacity issues at airports, leading to long queues at terminals, the recovery has not resulted in a higher accident rate – neither in general or to the rate of fatal accidents to large passenger aircraft flights. The flight numbers show that passenger flights are almost back at pre-COVID levels; on individual days at some airports, the 2019 figures for flights and passengers were exceeded.

Much good work, performed thorough 2021 and early 2022, to highlight the need for extra care when operations started to ramp up again appear to have paid dividends. We reported on the initiatives in our 2021 air safety review and what we reported then, remains valid today.

2022 has been a year with a lot of focus on sustainable flight and airport operations. To date, developments in this field have not had an impact on safety. However, future developments may well require careful scrutiny to ensure that we do not introduce new risks to civil aviation.

The fatal accidents to large passenger aircraft in 2022 were: 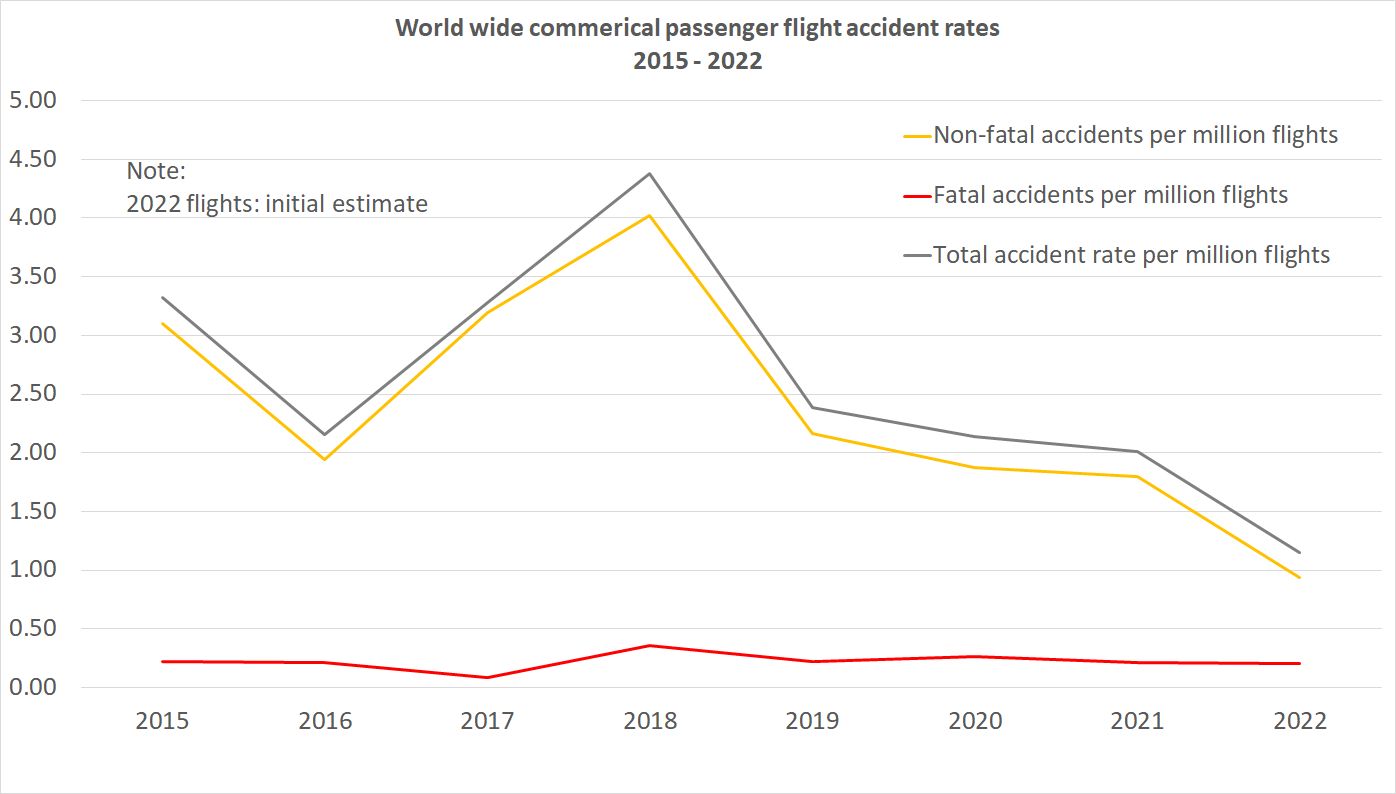 With the exception of the accident to the Chinese Boeing 737 in March 2022, in which 132 people lost their lives, most of the accidents in 2022 relate to known types. These include hard landings, tail strikes and runway excursions. The Tara Air[2] accident in Nepal relates, it appears from the information available at the time of writing, to a controlled flight into terrain accident.

In three of the fatal accidents, the fatalities were to persons who were not on board the aeroplane. In an accident at Conakry airport, Guinea, two persons on a motorcycle entered runway as the Airbus A320 was landing and collided with the aircraft. Both people on the motorcycle died. In the second accident, a fire & rescue vehicle entered the runway at Lima airport in Peru as an Airbus A320 was taking off. In the ensuing collision, two members of the airport’s fire and rescue team were killed. In this accident, the aeroplane was severely damaged and a number of passengers were injured.

It is not clear what the motorcycle was doing on the runway and reports into the event from the Guinean authorities had not been released at the time of writing. The accident involving the fire crew in Peru is the subject to an investigation and a report is expected in 2023.

The last of the three was on New Year’s Eve when a ground handler was reportedly sucked into the engine of an aeroplane prior to departure.

Using material prepared by Airbus[3] most accidents fall into one of seven types:

In 2022, four of the seven fatal accidents fell into one of these categories. There was one CFIT accident, one LOC-A accident, a runway incursion and an undershoot. The three accidents that resulted in the deaths of third parties do not fit into the above types.

One trend in 2022 that might, we stress, might, relate to a loss of skills following the COVID lockdowns, relates to ground handling. Three of the accidents, all non-fatal, involved ground handling equipment striking aircraft with a force to seriously damage them. An airbridge, a baggage belt and a set of stairs were involved in the three incidents; two in Europe and one in the US. In the course of researching the safety survey, a number of other incidents in which ground equipment collided with the aircraft were also noted.

[1] Third parties were killed, not the aircraft occupants

[2] Tara Air is banned from entering European airspace as per the so-called blacklist resulting from U 474/2006.