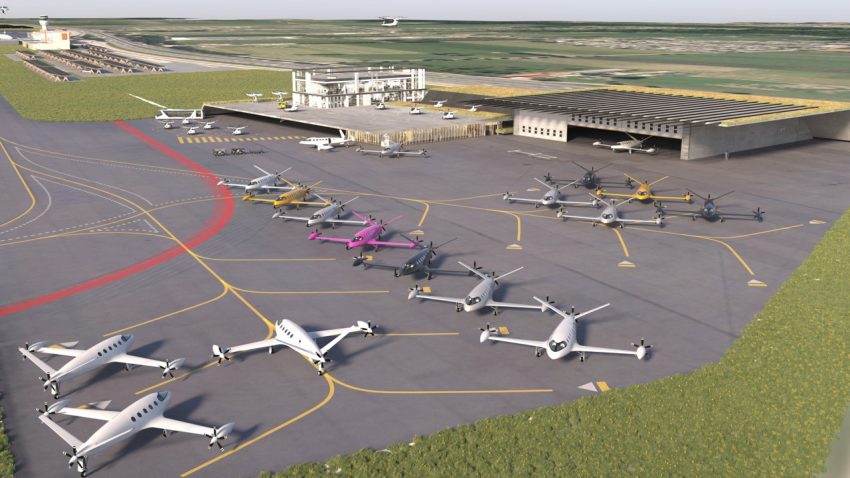 In all sectors, the world is going through a process of climate neutrality, including the decarbonisation of transportation. According to an ICAO report in 2018, the aviation sector takes account of 2.4% of the total CO2 emission produced by fossil fuel consumption Over the past five years, the CO2 emission has risen by 32% and the growth rate is 70% more than what ICAO forecasted. To fulfil the objectives of the Paris Agreement, every stakeholder must act collaboratively to come up with feasible and sustainable solutions for carbon-free aviation. While electric trucks, buses, and rails have been in operation for decades, and the personal electric vehicles (EVs) market is growing rapidly, the aviation industry seems to be lagging behind the others. To achieve climate neutrality by 2050, the industry must act now.

Since Boeing 707–the first successful commercial aircraft–took off to the sky in the 1970s, aircraft manufacturers have continuously produced more fuel economical, more efficient, and quieter aircraft; however, one debatable variable in the equation remains the same: fossil fuel. The aircraft continues to use fossil fuels and emit greenhouse gas emissions.

Electric and hydrogen aircraft have demonstrated their potential as a solution for carbon-free aviation. Electric aircraft use electric motor(s) powered through a battery. However, the hydrogen-powered aircraft are a bit different. They can be considered as hydrogen fuel cells, hydrogen combustion, and hybrid. This article will describe several interesting examples demonstrating recent developments in sustainable aircraft.

Heart Aerospace, a start-up company based in Gothenburg, Sweden, has unveiled its fully electric 19-seater aircraft “ES-19”. Moreover, the company has already received an order of 100 aircraft from United Airlines. Their goal is to have the aircraft certified for commercial flights by 2026. The ES-19 has an operating range of 400km and requires a short take-off distance, which is perfect for a short-haul regional flight. There are an increasing number of electric aviation companies, including Bye Aerospace and Eviation.

Big companies, such as Airbus, are also shifting their direction towards zero-emission aircraft. The Airbus ZeroE concepts are hybrid-hydrogen aircraft, which the propulsion system consists of modified gas turbines powered by liquid hydrogen. In the atmosphere, hydrogen combustion releases significantly less greenhouse gases compared to fossil fuels. What makes it hybrid are the onboard fuel cells producing electricity to supplement the gas turbines. In addition, the company has just recently launched the ZeroE demonstrator: a modified A380 fitted with hydrogen tanks, a hydrogen combustion engine, and a hydrogen distribution system. The aircraft will be used as a testbed for zero-emission aircraft development. Apart from Airbus, there are many on-going hydrogen aircraft developments, such as Zeroaiva, Universal Hydrogen, and H2Fly.

In addition to fixed-wing commercial aircraft, using the battery as an energy carrier in the aircraft is a pathway to new design concepts, such as urban/regional air mobility concepts. Lilium, a German aerospace company, has designed, built, and tested five generations of technology since 2015. A fully electric 7-seater “Lilium Jet” is capable of vertical take-off and landing (VTOL). The company’s vision is to connect towns and cities within 200km and 500km in the future at a maximum speed of 300km/h, providing a time-saving alternative to customers. Besides lilium there are many VTOLs being developed, including Volocopter, Joby, Vertical, Eve and E-hang to name a few.

The solutions for carbon-free aviation need to be weighed based on economics, environmental impact, and, most importantly, safety. In addition, certifying these new aircraft designs for operational use represents a challenge for the aviation authorities and aircraft designers. Decarbonising aviation requires stakeholders not only to invest in technological development but also to build stronger operational knowledge and practice. Additionally, overcoming technological limitations will open more opportunities for future air travel.

Replacing jet fuel with batteries compromises the aircraft’s performance due to its weight. To begin with, the traditional jet aircraft is more efficient as it flies because the fuel is consumed, while the battery weight remains the same the entire flight. Achieving the same range as today’s jumbo jet is impossible without technological breakthrough of lighter batteries. Aircraft weight has been a challenge for aircraft designers for decades. Therefore, focusing on developing more efficient and lighter batteries will push the possibilities of pure battery-powered commercial aircraft.

One of the advantages of combustion hydrogen over the battery is energy density ̶ the amount of energy that can be produced by 1kg of fuel. Liquid hydrogen is light and capable of powering large commercial aircraft. On the other hand, hydrogen needs a large storage volume even though it is compressed liquid hydrogen. Indicatively, smaller commercial aircraft might not be suitable for hydrogen combustion since there is not enough usable space for the payload to achieve a sensible range.

During the transition phase, the airports and the authorities will also be key players to contribute in terms of operational knowledge and practice. Since airport infrastructure has been designed and built based on jet fuel usage, implementing new charging hubs and hydrogen distribution systems and storage to the existing airports requires comprehensive study to ensure practicality and safety. Vincent De Haes recently published an article about hydrogen airport on the To70 website.

What can we expect to see in the upcoming years?

While this aircraft development is taking place, the aviation sector is already investing in sustainable aviation fuel (SAF), which is unquestionably a short-term solution. With the carbon-free aircraft era is getting closer, many doors will open for more environmental-friendly aviation. The important question is how long until they can replace the entire fleet of traditional fossil-fuel aircraft? If we look at the automotive industry history before the EVs came, hybrid cars have been playing a big role in automotive electrification. Hence, there are possibilities that we could see hybrid-electric aircraft during the initial phase of decarbonisation aviation for example, Ampaire . For a long-term solution, smaller aircraft and the eVTOLs may be powered by the batteries, while medium to long-haul commercial aircraft may use hydrogen combustion. Most importantly, decarbonising aviation is a multidisciplinary problem, which requires global and local collaborations from all stakeholders: aircraft builders, airports, the authorities, and the energy and the electrochemistry sector (clean electricity and hydrogen production). It is time to clean up the skies. 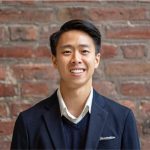 Siwat “Boon” Suewatanakul has just recently joined To70 Thailand as an aviation consultant after he received an MSc in aerospace engineering, focused on aeronautics, from KTH Royal Institute of Technology, Sweden. Previously, he graduated with a BSc also in aerospace engineering from Chulalongkorn University, Thailand. His vision is to empower sustainable aviation by implementing new technology development and knowledge. His areas of interest include sustainable aviation, aircraft design, and technology implementation.